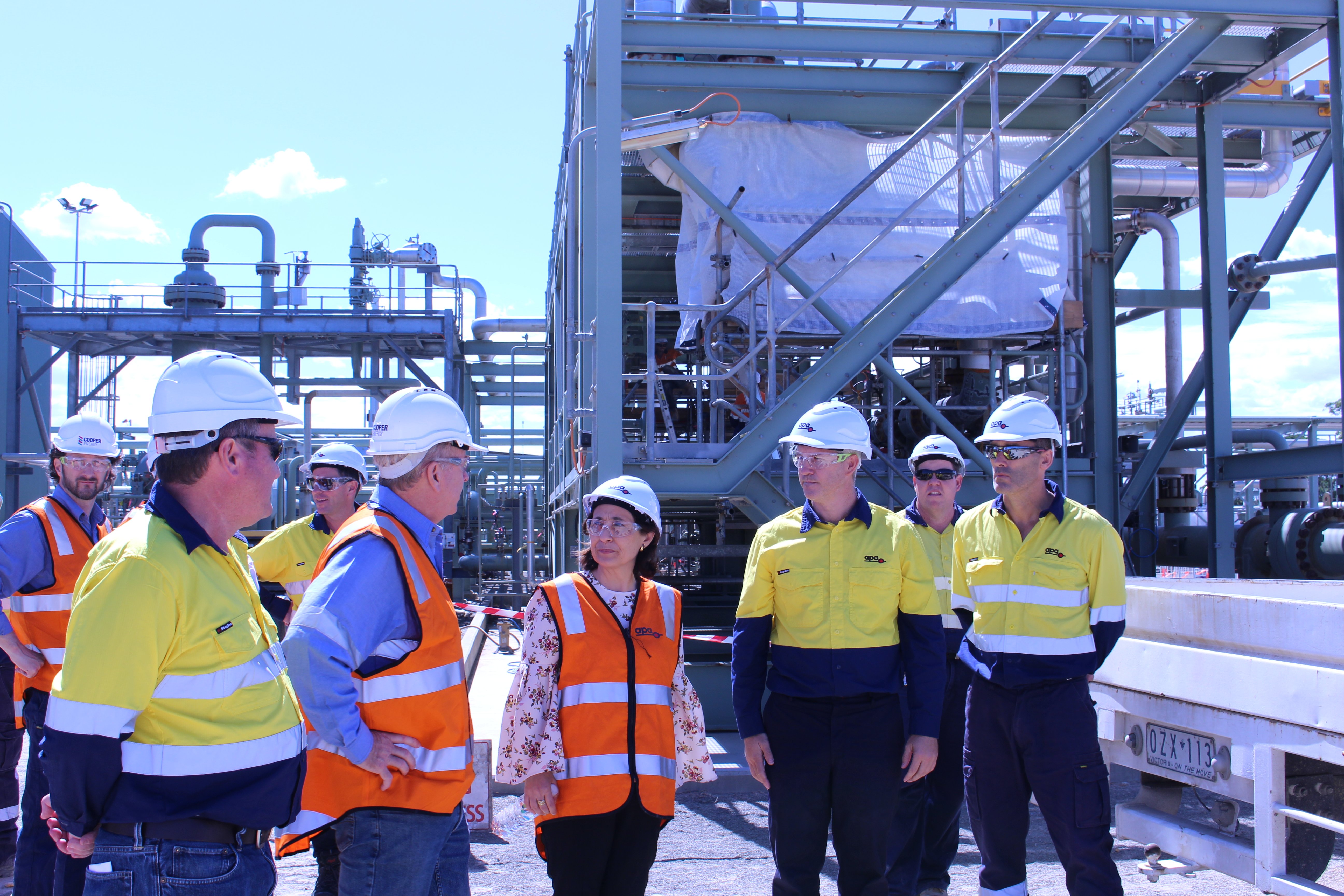 The Orbost Gas Processing Facility was acquired from Cooper Energy by APA in November 2017 and is undergoing a significant upgrade by APA to service gas from Cooper Energy’s 100% owned Sole gas field that is currently being developed as part of the $605 million Sole gas project being undertaken by the two companies.

At a time when there have been calls for increased gas supply into the south east Australian domestic gas market to help ease prices, two Australian companies have shown the initiative to work together to develop new gas supplies into Victoria that will benefit households and business.

Minister D’Ambrosio congratulated the two companies for working together to deliver the Sole gas project, establishing new infrastructure and bringing more gas to Victoria. “This major project by APA and Cooper Energy will create more than 800 direct jobs during construction with many more in associated services, ultimately bringing more gas into Victoria for use by households and businesses,” Minister D’Ambrosio said.

Kevin Lester, APA’s Group Executive Infrastructure Development said, “APA has actively been working with its customers and new gas producers to connect more gas sources to markets in order to put downward pressure on gas prices. We’re very pleased to be working with Cooper Energy to develop this new resource that will benefit the tight east coast gas market. By using our skills and experience in building, owning and operating gas processing infrastructure, and through Cooper Energy applying their skills in offshore subsea technology, the team is delivering new domestic gas supplies into Victoria.”

Andrew Thomas, Cooper Energy’s General Manager Exploration and Subsurface, said that APA Group’s commitment to the Orbost Gas Processing Facility was a critical factor in Cooper Energy’s decision to commit to the development of the Sole gas field. “APA’s willingness to back the project by investing in, and operating the Orbost plant, was important in the go-ahead for the Sole Gas Project. We are delighted to have APA involved as our partner in bringing this new gas supply to market, and hopefully in the longer term, from other Gippsland gas fields,” he said.

Cooper Energy also owns an existing pipeline connection to the Longtom gas field which, subject to agreements being reached with the owners of Longtom and the associated infrastructure, the Orbost plant and requisite regulatory approvals, can also deliver gas for processing through Orbost.