Rob has more than 25 years’ experience in Australia and internationally in energy infrastructure and telecommunications, across roles in operations, finance, commercial, strategy, infrastructure investments and mergers and acquisition, as well as regulatory.

In 2012, Rob was appointed Group Executive Transmission; responsible for approximately 85% of APA's earnings before interest, tax and depreciation. In this role, Rob was responsible for the commercial, operational and safety performance of APA Group's transmission and gas storage assets. Ross is responsible for progressing APA Group’s investment strategy in North America, and is based in Houston, Texas.

Ross was a director of APA Group from 2004, before joining the management team in April 2008. He has over 25 years’ experience in senior positions across a range of energy related sectors, covering areas such as infrastructure investments, mergers and acquisitions, and strategic developments. Ross has extensive commercial experience and has managed a portfolio of infrastructure assets in the natural gas and electricity distribution network sector, as well as a portfolio of power generation assets.

Kevin is responsible for the project governance, development, engineering, procurement and delivery of APA Group's infrastructure expansion and growth projects. The division also has responsibility for providing engineering governance, standards, system and asset modelling, provision of land access, approvals and community engagement across all projects. In addition, Kevin has responsibility for APA’s Pathfinder program. The program seeks out opportunities to extend APA’s core business through innovation, technology and new energy opportunities.

Kevin joined APA Group in August 2012, continuing a career in the management of major infrastructure projects, including energy infrastructure.

Kevin is a director and a past president of the Australian Pipelines and Gas Association (APGA).

Jane is a highly experienced and respected HR executive and business leader who has driven transformational change in top ASX companies including Westpac, Newcrest Mining and AGL, and in industries spanning energy, mining, banking and finance, fast moving consumer goods, retail and manufacturing. 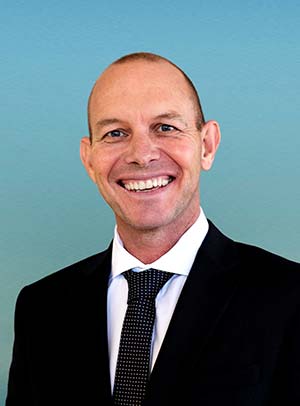 Darren is responsible for the safe operations, maintenance, asset management, and in-year revenue and cost responsibility of APA’s portfolio of Transmission, Power, Networks and Midstream infrastructure assets. This includes over 15,000 kilometres of transmission pipelines; solar and wind farms; and gas storage, processing and distribution.

Darren joined APA Group in 2017 as General Manager Asset Management for Transmission before becoming Group Executive Transmission. Aside from his experience at APA, Darren has performed senior executive roles in commercial, asset management and operations, leading large and complex divisions and across these companies.

Amanda joined APA almost 10 years ago and has played a pivotal role in driving transformation and growth in a range of projects across gas transmission, gas fired power generation, and the renewable energy portfolio. She also led the strategic transformation of the Legal & Co Sec team, including the addition of a Legal Operations function to drive efficiency and innovation in the provision of legal services.

Prior to joining APA, Amanda worked as a lawyer in private practice with leading law firms in Australia and Japan.

Amanda is a Fellow of the Governance Institute of Australia. Prior to joining APA, Julian held senior leadership positions in investment banking, with over 20 years’ experience specialising in the infrastructure, utility and power sectors. Before joining APA, Adam was CFO at Transurban Group for six years. Prior to this, Adam held senior executive roles at Melbourne Airport and BlueScope Steel. His roles have spanned finance, commercial, strategy, corporate development and operations. He has served on several joint venture boards in Australia, the United States and India.